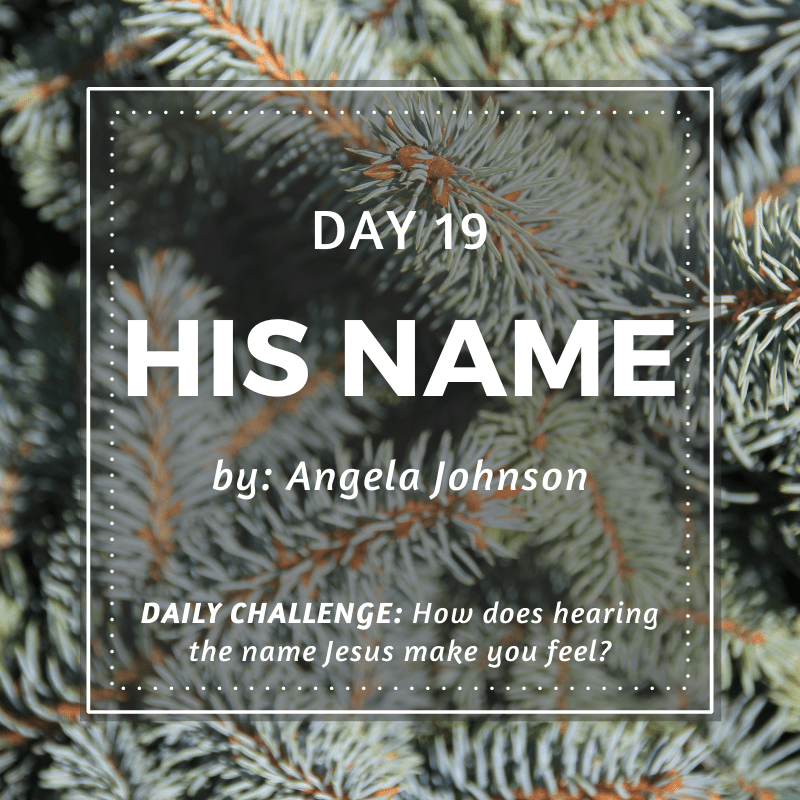 As a former labor and delivery nurse, I was often the first person to hear a baby’s name. Sometimes, I’d have to hide a cringe or stifle an audible gasp as the new parents would proudly share the name they had chosen for their new son or daughter. Then, of course, there were the parents that were still undecided or could not settle on a name.  Inevitably, they’d look to me to cast a vote, settle the dispute, and be the final say in this hugely important decision.

In these situations, I always made it my practice to ask the parents, “What does the name mean?” Some would respond with: “It’s a family name,” or,  “It was the name of my favorite book character,” or even, “I made it up.”  Regardless of their determination in the name,  I would almost always encourage them to know and understand the meaning, because there is significance in a name.

I imagine though, if I had been there for the Savior’s birth I would have cringed at the lack of sterility in the stable, gasped in horror at the potential contagions lying with Jesus in the manger, and I certainly would’ve made the shepherds and magi wash their hands before touching my newborn patient. But, I probably wouldn’t have thought too much about the name they gave Him.

“She will bear a son; and you shall call his name Jesus, for he will save his people from their sins” (Matthew 1:21).

For most of us today, the name “Jesus” evokes sacred awe; it is a holy name. It is the name of above every other name (Philippians 2:9). But, this wasn’t the case when Mary and Joseph first heard the name they were instructed to give their miracle baby. Granted, it had a special meaning, but it was not an unusual name. In fact, “Jesus” was a very common proper name among the Israelites. It was the common version of the Hebrew names Joshua, Jehoshua, and Jeshua. It means, “Yahweh saves” or “Yahweh is salvation“.

“Jesus” was a common name, like Peter, John, or James. At the time when Mary and Joseph called their son, Jesus, there were no prayers in His name. No one used it as a swear word. No one sang songs about this name. His name stresses His humanity and His humility. He was brought down from a throne of glory to a feeding trough made of stone – Jesus, a carpenter from Nazareth.

But, that wasn’t the only name He was given that day.

“Look! The virgin will conceive a child! She will give birth to a son, and they will call him Immanuel, which means ‘God is with us” (Matthew 1:23).

Immanuel, God with us.

Jesus’s birth was the fulfillment of Isaiah’s prophecy as He became “God with us”.  He was fully human yet, still fully God. He is not a partial deity revealed to us; Jesus is God with us in all His fullness: “For in Christ lives all the fullness of God in a human body” (Colossians 2:9).  Jesus left Heaven and took on human form so He could identify with us in our every-day struggles (Philippians 2:6-11; Hebrews 4:15-16).

Our Immanuel will be with us forever.

After His resurrection from the dead, before Jesus returned to the Father, He made this promise: “I am with you always, even to the end of the age” (Matthew 28:20).

Ever since the first Christmas, Jesus has been so much more than just a name.

He has been – and forever will be – Yahweh saves because He is always with us.

How does hearing the name Jesus make you feel?

DAY 8: The Path to Provision