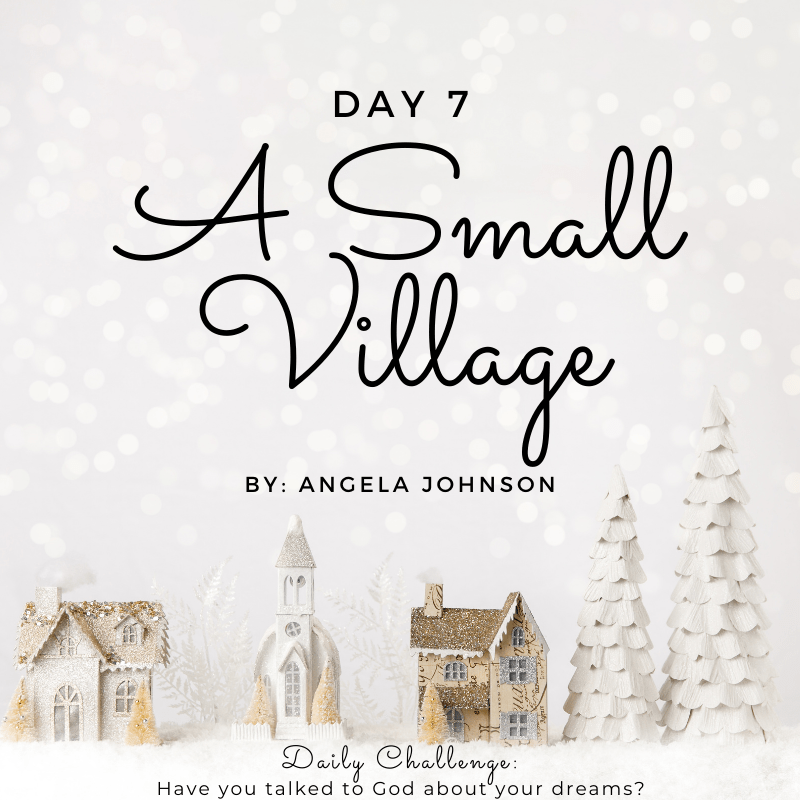 700 years before Jesus’ birth, Micah foretold of His coming and gave Bethlehem as the exact location.  During this time, Bethlehem wasn’t a major metropolis like Jerusalem, Capernaum, or Damascus.  This is why Micah emphasized the insignificance of this city by referring to it as “only a small village among all the people of Judah.”  He wanted to reveal the profundity of an expectant King Messiah, being born in such a humble location.

If this were a story told with today’s landscape in the narrative, it would be compared to one of the British royal family members being born in a refugee camp. The “Ruler of Israel” born in this unlikely location was the indisputable proof of the prophecy fulfilled.

But, what would be the catalyst for the Savior of the world to find Himself in a small, insignificant city with no fanfare?  What happened between Micah’s prophecy and its fulfillment?

In 1st century BC, a census wasn’t an invitation to respond to a short questionnaire—online, by phone, or mail.  It was Roman law that mandated property owners to register for taxation in their ancestral homeland.  This is why Luke 2:4 says, “And because Joseph was a descendant of King David, he had to go to Bethlehem in Judea, David’s ancient home. He traveled there from the village of Nazareth in Galilee” (NLT).

This wasn’t a quick jaunt. It was a 90 mile journey from Nazareth to Bethlehem. That’s the equivalent of walking out of your house and traveling by foot to any city that’s an hour and a half away by car.

Scholars have intimated that it was a grueling trip, taking exponentially longer because of Mary’s condition.  They traversed rough terrain through the Judean desert — battling winter elements.  In addition, the major trade route they would’ve used would’ve taken them through the heavily forested valley of the Jordan River — with the threat of attack from both animal and human predators.

And, let’s not forget that Mary was 40 weeks pregnant!  Can you imagine this uncomfortable journey for her?  There was no bed rest.  Joseph couldn’t use his FMLA or send a proxy for his registration.  Mary couldn’t take early maternity leave.  She couldn’t tell Joseph to get on the highway because the side roads were too bumpy.  It was an exhausting journey.

We just finished the 2020 National Census. Can you imagine the completion rate if we had to travel by foot, on a donkey, or even in a wagon 90 miles one way, through grueling conditions, to have our responses counted?

But, Joseph and Mary knew the promise they had been given.

They knew the Scriptures and understood the prophecies concerning Israel’s Messiah.  Surely, they had a profound perspective on their quest — knowing that the pieces of the Messianic puzzle were falling into place.

Maybe, you have a dream within you — waiting to be birthed.

Perhaps God’s shown you things and you haven’t seen them fulfilled yet.  Or maybe you haven’t gotten to the place you want to be, and you don’t have seven centuries to wait.

Isaiah 55:11 says, “…My word that goes out from my mouth: It will not return to me empty, but will accomplish what I desire and achieve the purpose for which I sent it” (NIV).

This means that if God said it, He is faithful and willing to complete it.

As we think about God’s promises to us, sometimes it takes more time than expected, the journey is grueling, and we encounter difficult situations along the way.  Our challenge is to remind ourselves that God is ALWAYS faithful. If we prepare room for Him in our lives, with our time, thoughts, plans, and dreams — we can have a hopeful expectation of His promises fulfilled.

Have you talked to Him about your dreams?

DAY 27:You Came For Christmas