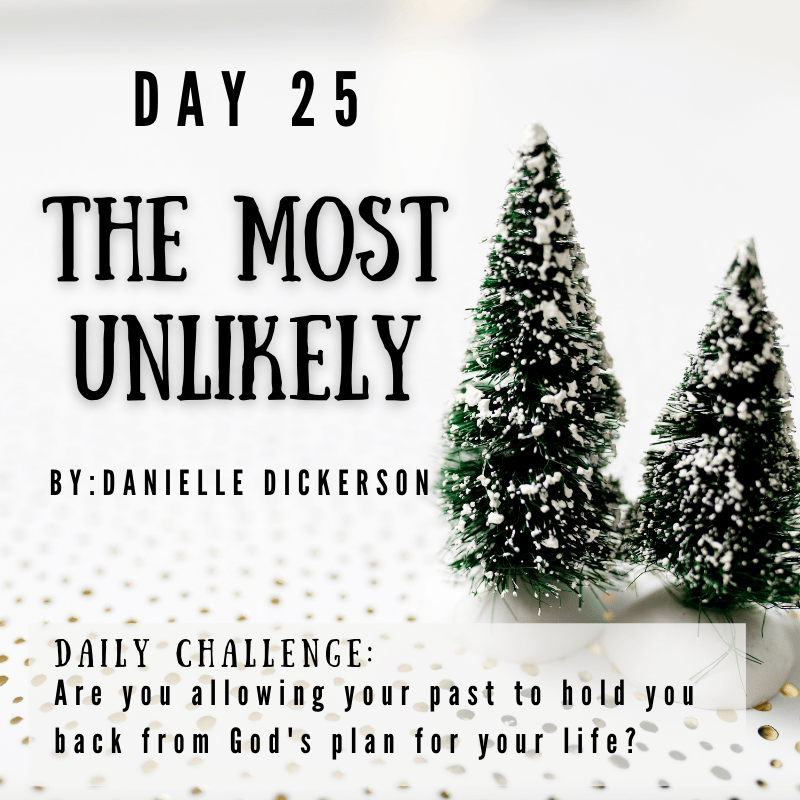 Have you ever questioned God?

Ever felt like He was wanting you to do something for Him, but you were certain He had the wrong person? Growing up in church I knew about Jesus, but I never really had a relationship with Him. I had religion. When I became an adult, I finally made the choice to surrender to Him as Lord of my life. A few years after we started this new relationship, I knew He was calling me into ministry.  For months, I felt God pushing me to be obedient, but immediately, I’d protest that He had the wrong person. I was convinced that there was no way He could EVER use someone with a past like mine!

I was too broken.

Scripture gives so many accounts of God’s extraordinary love reaching into the lives of shattered humanity. Over and over, He takes the broken and restores them; He brings the outcast in and makes them family.

The book of Ruth is a rich story beautifully illustrating how a life full of tragedy and sorrow can be redeemed. We meet a family of Judeans who had settled in Moab to escape a famine in their homeland. Tragically, the men die, leaving their wives destitute.The matriarch, Naomi, plans to return to her native Bethlehem and urges her daughters-in-law to return to their own families.

The pain in Naomi’s heart was more than she could bear. She cries out, “Things are far more bitter for me…because the Lord himself has caused me to suffer” (Ruth 1:13).  Her grief had hardened to resentment, blaming God for her situation. Consumed with bitterness, she allowed it to become her identity. “Don’t call me Naomi,” she responded. “Instead, call me Mara [meaning bitter], for the Almighty has made life very bitter for me. I went away full, but the LORD has brought me home empty” (Ruth 1:20-21).

In the midst of her sorrow and suffering, Naomi experiences a beautiful blessing as Ruth pledges to remain by her side.  “Don’t ask me to leave you and turn back. Wherever you go, I will go; wherever you live, I will live. Your people will be my people, and your God will be my God” (Ruth 1:16).

Ruth’s choice to follow Naomi reflected her love for her, but moreover, it reflected her growing trust in the God they served! In a selfless act of compassion, Ruth committed to remain by Naomi’s side and follow the one, true God.

As a foreigner and widow, Ruth had little opportunity.  In antiquity, women who had no support often resorted to selling themselves into slavery or prostitution.  However, Mosaic law gave safeguards to help the desperate widows and the poor (Leviticus 25:39-55).Knowing the law, Naomi sent Ruth into the harvest fields of one of her kinsmen to glean (collect any grain left behind by the harvesters).  In God’s divine provision, Ruth ended up in a field belonging to Boaz, a man with his own sordid past.

The story of Ruth and Boaz is a romance that speaks of God’s ability to redeem our brokenness to bring Him glory.  Ruth, a widowed foreigner, finds refuge in Boaz, the son of Rahaab, a former prostitute (Joshua 2, Matthew 1:5).

I’m certain Ruth had no idea what her faithfulness and obedience would bring.  After they married, Ruth gave birth to a son named, Obed, the future father of Jesse.  Jesse would become the father of King David, and 28 generations later, in the same city Ruth and Boaz met, Jesus Christ, our Savior was born (Matthew 1:17).

I love how God uses the unlikely and unworthy.  My life is a living testimony to the faithfulness of surrender.  We don’t have to be beautifully put together; God can take every broken piece of our history and use it for His Glory.

He has a plan for each of us.

Though we may not feel qualified, good enough, or worthy, He redeems it all.

He takes our bitter, broken, and empty hearts and fully restores us. He knows exactly how to use your past to help lead others to Himself!  Our past does not have to become our final destination, Like Ruth, we never know what our “yes” to God may become!

Are you allowing your past to hold you back from God’s plan for your life?