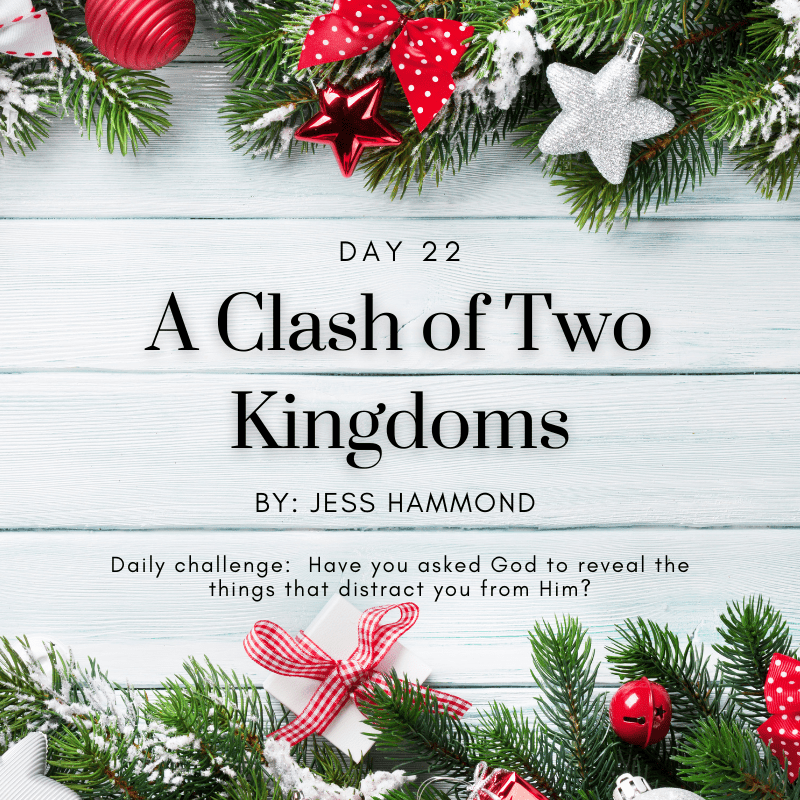 I’ve always had an affinity for sci-fi, action, and fantasy movies. From superheroes to Lord of the Rings, Star Wars, and dare I even say it… Star Trek… I’ve been hooked on it all!

What I love most about these stories are the epic battles between good and evil. Between the heroes and the villains, there is always conflict that begs to be resolved. I also feel like these movies give me a glimpse into what the spiritual realm may look like as art often imitates reality.

Whether they are aware of it or not, I believe authors and screenwriters are inspired by real life spiritual battles. There is an innate sense of the war between Heaven and Hell.

I really wish the Christmas story would only tell of the good: Christ came to restore our relationship with God, and brings joy and good news to all people. While this is 100% true, God does not leave out the fact that Christ came into a hostile and sin-ridden world.

Not everyone was eager to welcome this newborn King. The Messiah’s arrival into the world was met with severe opposition starting with King Herod. Herod was a ruthless and evil ruler, and true to his character, he reacted with rage, jealousy, paranoia, and brutality beyond our comprehension.

On the other hand, the religious leaders and teachers of the law, chose to continue on with their lives not even acknowledging the birth of this newborn King.  For Herod and the religious leaders, to accept this King meant giving up the ‘kingdom’ they had built — one where they were the object of people’s worship and loyalty.

Herod wanted the Magi to tell him where the child King was, but it was not so he could worship, it was so he could remove Him as a threat to His throne.  The religious leaders would go on with their lives, until Jesus could no longer be ignored and then they would also take unthinkable actions to destroy Him.

Herod tried to kill Jesus when he was a young child and failed, but the religious leaders succeeded  —crucifying Jesus when He was 33.

Although they thought they had defeated the Son of God, we know that is not how the story ends.

The trappings of wealth, power, riches, and possessions in this world can be a deadly snare for our souls. If we are not careful, our hearts can be caught up in these very things.  Without knowing it, our affections turn to them, choking out any desire for the things of Christ and His Kingdom.

This Christmas, let’s put the cares of life in their proper place, and put the King of Kings in His. There is a real enemy of our souls, desperate to distract us with temporary treasures. But true, eternal life is only found in complete allegiance to our Savior, who fought the ultimate battle for our souls.

Let’s pray to close our day:

“Father, our hearts can so easily become distracted by the fame and fortune in this life. We ask for eyes to see evil for what it is, a heart that desires only the things of your eternal kingdom. Fill us with your Holy Spirit that we may live fully satisfied in you alone. Protect our hearts in the shadow of your wing” (Psalm 91).

Have you asked God to reveal the things that distract you from Him?