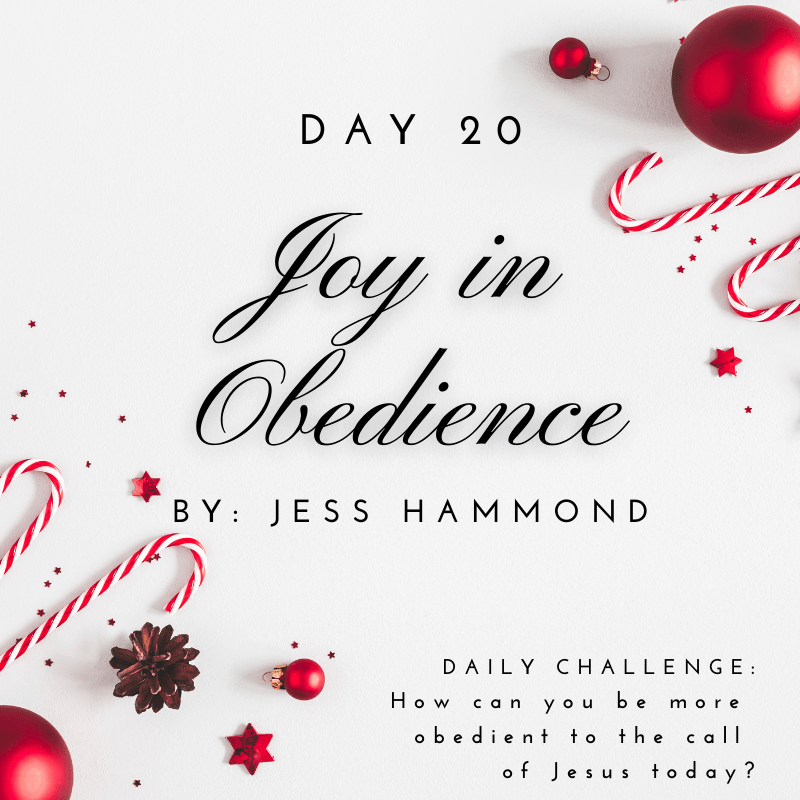 If you are anything like me, you may feel that what you bring to the table and contribute to God’s kingdom could probably be done way better by someone else. Let me first say that I believe this is a lie from the enemy of our souls, and God is showing me how stifling this lie is to all that He could do in and through me in my circle of influence.

Last year during Advent, God laid it upon my heart to write a devotional for 2020. I wrestled with it all year long, disqualifying myself and dragging my feet. A  few months ago, God spoke to me about the boy in John 6 who offered his bread and fish to Jesus. With his small and insignificant offering, Jesus fed thousands of people. God showed me that it wasn’t about how much I had to offer – that was irrelevant.  It had nothing to do with my talent, time, ability, or strength, but it had everything to do with being obedient and offering what I have as a living sacrifice to Him (Romans 12:1). He challenged me to start saying ‘yes’ and to just take a step when I knew He was leading. Now, several months later, this Advent devotional is a testament of His faithfulness to small steps of obedience. God has brought together a small group of people willing to place what we have into His hands and allow Him to use it.

There is nothing more rewarding than a life lived in complete obedience to God. He had made a promise to Simeon that he would not die until he had seen the Messiah. I don’t think we can be reminded enough that God always keeps His promises.

Simeon woke up that morning not knowing it would be the day God would fulfill His promise. One thing we learn from this passage is that Simeon was very familiar with the Holy Spirit’s leading. The scripture says “that day he was led to the temple” which leads me to believe Simeon was led by the Spirit on a regular basis.

Sometimes, I think we are waiting for some huge assignment from God. We want Him to write it in the sky so we cannot deny what He is asking us to do, but I believe our greatest moments of encountering God happen when we are listening and obeying the smallest promptings by His Spirit.

Through active obedience, our faith can be put to action. God can even take our most mundane days and bring eternal purpose through them.

In just one ordinary day:

Sometimes, we walk out obedience by responding to what the Holy Spirit tells us, and sometimes our obedience is like that of Joseph and Mary. They were just doing the next thing they knew to do. They took Jesus to the temple to make their offering and dedicate Him to the Lord, as the law required.

So what has God been speaking to you lately?

Never underestimate the power of obedience.

We are invited to walk hand in hand with our Father, watching Him do profound things through even our smallest act of obedience.

How can you be more obedient to the call of Jesus today?